Last night at the Executive Committee of Harlow Council we were discussing the Good news of the £1.5m underspend in the council budget. The underspend was a result of very tight budget management during the year and a number of one of “windfalls” during the year.

The oppositions Councillors were critical of the original conservative budget, as of course is their right, but none of them seemed to see the foolishness of their arguments. Previous Labour and Lib/Lab coalitions in Harlow had often set budgets gambling on the thought of windfalls that might come during the year, and if that failed they drained reserves. As a prudent Conservative council we decided to not rely on these potential one off windfalls to back up constant revenue spending, thats only sensible.

Anyway, to sensibly use the money that was left this year we decided to top up the councils reserves (which were drained of millions & millions of pounds by profilgrate labour councils in the 80’s and 90’s) and also to top up some of the specific reserves for problems like future redundancies and insurances.

In the last two years of the Lib/Lab coalition a lot of the emergency reserves were raided to prop up spending. The then administration refused to make the tough choices that my administration has since had to face. During those two years they drained £390,000 from the Church Langley reserve; money given to the council by the developers of Church Langley to help maintain it. We gauranteed that a Conservative Administration would pay back that money within 5 years of taking control. Last night it was a pleasure to move a motion of repayment three years earlier than planned, and know that prudent budgeting had made that possible.

Up to 30,000 people across Essex are going to be given £100 to help them with their Council Tax in these economically difficult times.

The Conservative administration at County Hall, have decided that those in most need, families with young children and those over 80 years of age should receive financial assistance. 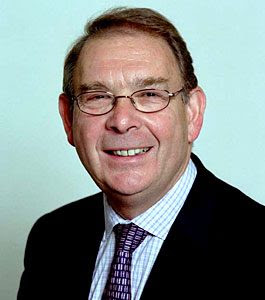 Essex residents are of course already benefiting from the lowest council tax rise in the county in history.

A number of people reciveing this £100 will be from Harlow, and I was really happy when Lord Hanningfield the leader of Essex County Council told me about the scheme.

Harlow District Council are helping to distribute the money to those people who meet the criteria.

Of course the ability to pass this money back to hard pressed tax payers has only been achieved by the sound financial management of Essex County Council by Lord Hanningfield and his Conservative team;

A big difference to the previous Lib/Lab adminsitration who drained the reserves, a situation those of you who know Harlow will not be surprised by!

Further details of the £100 pound give back can be found here.

Well done Lord Hanningfield – this is the kind of thing that makes Conservative councils different.

The Budget – Some Background

A lot has been written in the press recently about Harlow Councils budget, and as is often the case, just like pass the parcel, he who is left holding the mess is often he who is blamed.
So how did we arrive at this mess and what is the background to it all?

I thought I would share with you a few facts about Harlow’s budget position:
In November 2007 Harlow Council had a budget black hole of £1.8 Million and the labour council leader and former labour council leader started blaming each other,. The black hole was revealed at the same time it came to light that the Lib Dem/Labour run council had ditched its Budget monitoring group!

Within the first 3 months we had discovered that the situation was far worse than we feared
It was obvious that for a variety of reasons the budget that the outgoing administration had set was not balancing, and that we would need to modify it and find savings “in year” before we could even start working on our first budget.

Then there was the Non Housing Capital Account (basically the account from which we pay for major one of items, like say a new piece of machinery or some building work) For that there was a plan to spend about £4 million, of which almost £2.5 Million was already committed to Urgent Health and Safety works or to contractually obliged items. How much was there in the account to pay for these thing? £88,000!

On top of this, the council needed find £400,000 to replenish reserves after in the words of one local newspaper “panic-raiding them in January following the last budget crisis.”
Then there was a £1m shortfall in the 2007-08 housing capital budget because of the £800,000 that was ‘borrowed’ from the 2009/10 budget to plug the Gap!
Oh and don’t forget the 30 odd redundancies that they made, of which the financial strain payments were put into next years budget for someone else to deal with….

Looking forward to next years budget which we will be setting in mid February, there are still a lot of problems.

We have a standing item in the budget of about £2 million a year, which is needed to top up the councils pension funds after the Gordon Brown as Chancellor raided pension funds half to death in 1997!

On top of that we have to spend a further £750,000 a year on topping up the pension fund, after years of Labour Led administrations gave “excess years” on people pensions as golden handshakes to officers retiring early, effectively making up their pension fund from taxpayers money!

The rules around Planning Delivery Grant (PDG) from the government has changed this year and Harlow, despite coming under pressure to find more space for more homes, doesn’t look like it will get its PDG this year, so that’s another £200,000 lost.

LABGI grant, or a government pot to recognise us bringing new business to the area, and effectively a refund of some of the business rates that these companies pay to government is likely to be nothing this year, that another £250,000 out of our budget.

And don’t forget the Bus Passes! “Flash” Gordon kindly offered every pensioner a free bus pas, which is nice, but he didn’t offer the Council the money to pay for it. The difference between what it costs and what we get is in the region of £800,000, that’s money we have to find from somewhere.

In amongst all of this we are taking a look at the insurance fund that has been raided year on year, the Church Langley reserve which the Lib/Lab administration raided and other smaller reserves that were raided, all with no plans from the socialists to pay back, something we are determined to rectify.

Given the above, its not surprising that we have some really tough decisions to make, and its no surprise that not everyone will be happy. But we were elected to get Harlow Council working again; and that’s just what we are going to do.