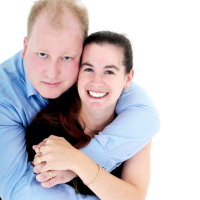 He was first elected to Harlow Council in 1998 at the age of 21 as the only Tory Councillor in the town  at the same time as most of what was left of the Conservative Party was leaving Local Government (serving Kingsmoor ward until 2005 and then Church Langley ward). Since then he saw the Conservative group grow steadily (becoming its leader in 1999 when three other Conservative councillors joined him) until in 2002 the historic Labour grip on the town was broken. In its place a Conservative / Liberal Democrat administration took charge, with Andrew as one of the youngest Council leaders in the country aged only 25.

After the Liberal Democrats reneged on their agreement and went into coalition with Labour, Andrew (as Deputy Chairman Political and Election Agent for the Harlow party) led the opposition for the next four years until the historic events of four years ago saw Harlow turn blue, a feat followed in 2009 by a clean sweep in the County Council elections and then culminating in 2010 with the election of Robert Halfon as Harlow’s first Conservative MP since 1997.

As well as having been Leader of Harlow Council, Andrew served as the Vice Chair of Harlow Renaissance Limited, a company dedicated to the regeneration of Harlow and the surrounding neighbourhood. During his time heading up the Town’s administration he was involved in the successful introduction of the Harlow Enterprise Hub, the moving of a campus of Anglia Ruskin University to the town and the ongoing implementation of the Harlow Town Centre Regeneration project. He also chaired its successor organisation Harlow Council Regeneration Ltd.

He served as President of the European New Towns Platform, a pan-European body based in Brussels that represented 32 new towns in 12 countries, in 2009 -2013 and represented the East of England on the Local Government Association’s Europe and International Forum.

Andrew is married to Shona and they have one daughter, Alexandria. Andrew was baptised and grew up in the Roman Catholic Church. In his spare time between Harlow Council and his “proper job” as an NHS manager he enjoys cooking (he is currently cultivating a fruit and vegetable plot in his back garden), following Tottenham Hotspur and enjoying the occasional quiet evening in front of the TV with a glass of wine.