Well, that was an interesting month.

Apologies for the lack of blogging, but I took the last month off anything external, including writing here, to campaign in the Harlow Council elections and for a No vote to AV.

I am pleased to report that I was successful in both, being re elected to Harlow Council with a majority of 818 votes over my nearest rival. The Conservative Party also kept control of Harlow Council, and Harlow voted overwhelmingly (nearly 74%) against AV.

Now that election madness is out of the way, I can get back to the rest of my life, and that includes Blogging.

Change in the Blogosphere?

2010 was the year I really “got” blogging, reading much more than in previous years, and starting to blog properly myself.

Its been a year that has seen the demise of some notable blogs, with Iain Dale, Tom Harris and Tory Bear “passing away”, but I think the Blogosphere has changed in more ways than losing some serious bloggers and gaining new talents too…

The main stream media is now much more blog aware, and blogs are starting to lead rather than just follow the media cycle. With the rise of twitter for advertising ones blog, bloggers are now setting the agenda.

We have also seen blogs branching out, take ConHome as an example, with the launch of their USA site; looking at new material and new audiences.

Talking of ConHome, it may just be me, but I think it has changed in the last three months. Not dramatically. Not even really perceptibly even, but it has changed, I am sure of it! It doesn’t seem to cover as much material and it certainly has decided to be “a critical friend” to the Coalition…

But more than anything I think the Left are catching up on the right in their use of the Blogosphere and the Right of British Politics need to respond. I am not saying that British Right of Centre Blogs are not good, they most assuredly are! But they need to organise, they need to fight their corner and they need to not drift to the left as the Conservative Party is naturally doing due to its working relationship with the Lib Dems in Parliament.

There is something to be said for the Centre Right of the Blogosphere standing loud and proud and laying out who we are and what we stand for. 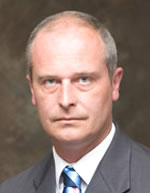 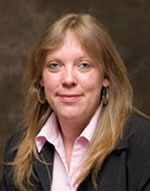 Cllrs Lee and Sarah Dangerfield have deceided to step down as Conservative Councillors on Harlow District Council.

Since they were both up for Election in May 2011 anyway, there will be no by elections and the seats will remain vacent until then.

Lee has decided to stay as a councillor on Essex County Council.

The Conservative Party Conference starts today in Birmingham. I am not going to be there.

I like the conference, and this one, our first in control in 13 years will I am sure be superb!

Sadly I cannot spare the leave from work to pop to Birmingham for a few days. As a Council leader who works full time, I use over half my annual leave allowance to be in Harlow, attending to issues here in my home town, so sadly this year I will be missing out on the conference scene. I will however be keeping an eye on the tv and the blogs of many people who will be there, and I wish everyone an enjoyable and fruitful time in Birmingham.

I hope that the conference will make clear that we face a difficult financial future for one reason only, Labour left us with a massive financial mess! A message that will not be unfamiliar to those of us in Harlow!

It was my wife, the other Cllr Johnson’s birthday today.

So of course I spent the day treating her to breakfast in bed and bowing to her every whim? Nope – haven’t you heard…. there is an election campaign on.

By 08:30 I was in the party office making sure that our delvivery and canvass teams had everthing that they needed for the day. Meeting with Russell the “agent” for the general election; I am agent for the local election and deputy chairman political of Harlow Conservatives so there is quite a bit of crossover in our roles so we keep in touch regualarly during election time to ensure everything runs smooth.

After that was finished we had a visit from my friend Peter, who helps me with anything stats and new media related. We had a very interesting discussion about how to use facebook to get our message to people, particularly those in the 18-24 year old age bracket.

Being very willing to pitch in, after our meeting Peter came out delvivering leaflets with me in and around Tye Green Village, one of the original villages that Harlow was built on top of and now is part of the Bush Fair ward that Dan Lucia is trying to win from the Lib Dems in the local elections. It was a warm morning and delivering with Peter, being able to chat as we went was nice.

The day was very successful in terms of outside help. Our MEP and good friend of Harlow Geoffrey Van Orden came to help campaign with Rob and James Cleverly the London Assembly Member for Bexley and Bromley came over to help too! Many thanks to Geoffrey and James!

I finally left the party office about an hour ago.

So the Conservative Party has had my day, but the evening belongs to my wife. Her friends are all almost here and we are off out for a surprise… I wont say here in case it ruins its for her.