BBC news reports this morning that,

Prime Minister David Cameron is set to deliver a stark warning about the action needed to tackle Britain’s budget deficit and public debt. He is expected to say the UK’s economic problems are “even worse than we thought” as he sets out why he believes “painful” cuts are necessary. 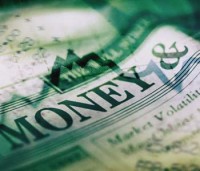 Well to those of us in Harlow that’s not really surprising. We had exactly the same situation in 2008 when we took control of Harlow Council for the first time. We had a fairly good idea that the books were in a mess, but there is only so much that the opposition really ever know. What we did know was that Labour over many years in Harlow had been wasteful and not tended to the budget carefully, putting off painful decisions to a later date and trying to spend its way out of other decisions. Sounds fairly similar to the national situation.

To be fair I think David Cameron knows these things already and has shown that he is following a similar play book nationally. Will it work? I think the national economy is in a bad state, but I think Cameron and his team do have the guts to make the changes that need to be made even though they will be painful.

Will the public accept and understand? I really think that there is a chance they will, but Cameron will really have to remember to bring a wider audience of people with him, and ultimately the government will stand or fall on whether we really are ALL in this together.