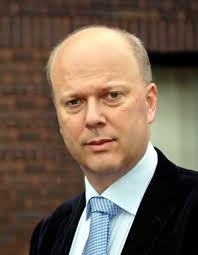 Nothing gets the goat of my friends more than the injustices of the Human Rights Act, it is often the subject that is fallen back on time and again at the end of a nights conversations or over a few drinks.

But how frustrating has it been to see Labour’s Human Rights Act trampling on the rights of the law abiding many in support of the rights of a criminal few?

How frustrating has it been to see the European Court of Human Rights overruling British Laws and British Judges?

How frustrating to see Article Eight particularly used as a catch all by criminals and terrorist sympathisers tosubvert common sense?

And so I applaud Chris Grayling when he says that a Conservative Government after the next General Election will ensure that British Courts have the ultimate authority with the Strasbourg court being no more than an advisory body.

But as I consistently tell a good but sadly lefty friend of mine there is a clear difference between Human Rights and the Human Rights Act. One is the principle of goodness that transcends the laws of man and the other is a piece of ill thought though meddling by a Labour government more preoccupied with spin than substance.

So it is right and proper that we continue to protect the rights of people, decent hard-working law abiding people as should be expected . These rights do and should come hand in hand with responsibilities though, something often ignored by those on the left of politics.

That is why the British Bill of Rights and Responsibilities should be welcomed.

And that is why when Chris Grayling comes to speak to Harlow Conservatives, later this year, in support of our hard working MP Robert Halfon, I will shake his hand and thank him.