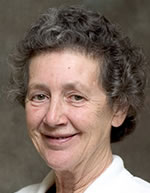 Cllr Jean Clark, the Deputy Leader of Harlow Labour Party has written a letter to the Harlow Star, you can catch their E-Edition here, in which she is trying to blame the Conservative Government for making cuts, denying the deficit, blaming the Global Economy and of course trying to show the last Labour Government as not guilty of messing up Britain’s Economy.

She certainly doesn’t like Harlow’s Conservative MP Rob Halfon, who rightly talked before Christmas of the “sad legacy of the last Labour Government”.

Come off it Jean, who do you think you are kidding? Or are you just slavishly following the lead of Mr Milliband and his Shadow Chancellor in their confused economics?

Lets look at some stone cold facts (helpfully provided by those superb chaps and chappeses at CCHQ) Jean and see what we think….

Going into the financial crisis Britain had one of the largest structural deficits in the developed world. Tony Blair, Alistair Darling and Mervyn King have all argued that Labour’s spending was “extraordinary”, not “sustainable” and that from 2005 Labour failed to deal with the deficit.

But of course when we hit the financial crisis, Labour did not take their foot off the accelerator – nope – they kept spending, whilst they watched tax revenues fall…

But of course this is what they did throughout their term of Government, doubling the National Debt!!!

In fact, everyone except the Labour Party agree that the deficit reduction programme of the Government is right, including the IMF, OECD and World Bank:

So Jean, do you really want to keep denying the deficit and complaining because its easy to criticise the Conservatives for doing what needs to be done? Or are you just trying to keep the Unions, who help fund Harlow Labour’s election campaigns happy?

Lets face it, financially the Country was up the creek. It doesn’t take a genius to work out that it needs sorting, and nor does it take a genius to know that it will be very painful to sort out. Being painful does not mean that something shouldn’t be done. though.

So Jean, how about entering real politics? Instead of spinning a line, look at the facts? Instead of sitting on your hands and criticising, like Labour have done for the past couple of years in Harlow, why don’t the group that you are Deputy Leader of actually put forward a budget that balances (and doesn’t just draw down from the reserves that you plundered for years!) and tell the people of Harlow where you will find the money from?

Sadly I don’t think we will see a comprehensive budget proposal from Harlow Labour, but I am sure we will still see the criticism…..

My thanks to the team at ConHomefor bringing us CCHQ’s marvelous rebuttal of Labours frankly ridiculous economic analysis!