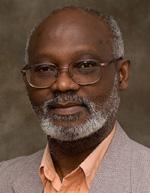 News reaches me this morning that Cllr Manny Doku has joined the Labour party.

Six months ago, Manny was campaigning in the General Election to cut the deficit, now he has joined the party that caused the deficit both nationally and here in Harlow! You couldn’t make it up!

Manny of course, is the Councillor that has upset me more than any other in my life in politics, when in April 2009 I outed his little scheme to fleece the taxpayer of cash for taxi fares (or as he called is – his Perks) to avoid paying for parking at the town centre, he outrageously suggested that my motives were racially motivated!

In his emails at the time he showed scant regard for Harlow Taxpayers.

With attitudes like that, I almost feel sorry for Harlow Labour Party……. almost