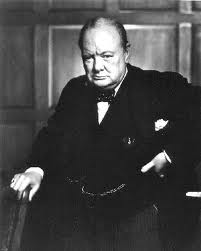 What a great night!

Harlow Conservatives Ladies Committee hosted the 11th Annual Churchillian Dinner tonight, in honour of the former MP for the Harlow area (when it was part of the Epping Constituency) Sir Winston Leonard Spencer-Churchill, possibly the greatest Prime Minister this country has ever had.

Another former MP for the town was the Guest of Honour, Lord Norman Tebbit. He gave a rousing speech to the largest Dinner that the Ladies have ever hosted, gaining a standing ovation when leaving. Lord Tebbit spoke on a wide variety of issues from Churchill’s exploits, to his own and Lord Carrington’s in the Cabinet to his thoughts and views on the Coalition Government and the Euro Crisis.

The night raised a lot of money for Harlow Conservatives, including an auction of some rather special items that the Ladies asked me to run, the highlight being a bottle of House of Lords Whiskey signed by that other Conservative Legend – Lady Thatcher.

Of course the Churchillian dinner is never complete without our Annual Awards, where we give an award for long service to the party honouring the memory of our former president Alan Pond and the award for campaigning in the memory of Vince Dunn. The awards went to Andy Shannon and Guy Mitchinson.

All in all a brilliant night, and well done to the Ladies!