Savings by Working Together! 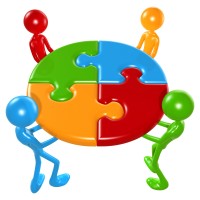 Amongst my group of friends are a nucleus of people who work in Local Government, the Civil Service, the Health Service and Education. Sometimes we joke with each other about “Joined Up Government” not really existing; In truth it often frustrates all of us that it often doesn’t!

In Harlow we are about to break that mould!

We are proposing to share our Revenues & Benefits service with neighbouring Uttlesford District Council, to our north. Cllr Jim Ketteridge, the Conservative leader there and I see eye to eye that the future of Local Government is shared services between councils, making savings that we need without dropping service quality and so we have been keen for our two councils to work closer together.

Both Harlow and Uttelsford Councils are recommending to their members, that in principle a joint partnership for the administration of Council Tax, Business Rates and Benefits is started. The issues is going to be discussed at Uttlesford’s Full Council on 19th October and Harlow’s  Full Council on 4th November.

A feasibility study was commissioned in the summer to identify costs and benefits (including savings) of the Councils working in such a partnership. Staff from both Councils have been involved in the feasibility study. That study has identified the potential for the Councils to save around £635,000 a year (Harlow £390,000 & Uttlesford ££245,000)

Now to most people who live in the “real” world, this sounds like a really obvious idea, and some would probably question just why this hasn’t been done before. Local government is tribal and councils often have not thought like this in the past, but given the financial situation that faces all councils at the moment it makes sense to start thinking differently.

Working with other councils is part of my plan to help the finances of Harlow Council and I hope that all members of the council, regardless of political persuasion will feel able to support this, as obviously its going to be good for Harlow!