The Community Safety Accreditation Scheme is a scheme that allows Police forces to pass on powers to organisations and individuals in the community that are carrying out enforcement or safety work.

It means that they have additional powers and gives them extra protection equivilent to police officers. 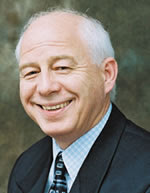 Harlow Council’s officers will be able to use their powers for issuing fixed penalty notices for offences like graffiti, anti social behaviour, and littering. They will also have powers to remove abandoned vehicles. All things that the people of the town want the Police and the Council to deal with.
Cllr Eddie Johnson, who is the Chairman of the Environment and Community Committee on Harlow Council received the accreditation on behalf of the Council. Speaking afterwards he said “This is really good news for Harlow, under this scheme we can work together to ensure that those who don’t obey the rules get caught.”
Posted in: Anti Social Behaviour, Police ⋅ Tagged: Cllr Eddie Johnson, Community Committee, Community Safety Accreditation Scheme, Essex Police, Harlow Council, Harlow Council Enforcement, The Community Safety Accreditation Scheme