Tonight saw me at a meeting of Harlow Renaissance Ltd (HRL) of which I have recently been elected Vice Chairman.

HRL has been running since July 2006 and is focused on driving the regeneration and growth process in Harlow. Their key role is to deliver a range of renewal programmes in the short to medium term whilst having one eye to the longer-term growth opportunities of the future.
the company brings together four key members:

As well as having people like The Government Office for the East of England (GO-East) and the Chairman of Harlow’s Local Strategic Partnership, Harlow 2020, and four independent Directors bringing a range of additional expertise all under the Chairmanship of someone from the private sector.

Its a lot of expertise to assemble around one table and should theoretically be able to bust through any problems holding up the regeneration of Harlow.

At the moment they are working on spending the “Growth Area Funding” that Harlow has received, with regeneration programmes for Old Harlow, Clifton Hatch, Prentice Place and Staple Tye.

The evening was good, with lots of work to get through, but the most interesting thing was a presentation from British Waterways.

The thrust of the presentation was to ask us think differently about the river Stort. Most councils etc see rivers as boundaries but we were encouraged to think wider about the Stort, as a key feature of the town, and as a gateway.

The comment that really hit home, was when talking about the fields around the river, near the A414, which for those of you who know Harlow well are the ones that flood all the time; So the chap from British Waterways said “why not flood them properly and make the area a water complex” When you think about it homes and businesses and leisure around water is very popular and doing something like that to this area could really make an iconic statement about an entrance to Harlow.

What do you think? Can every bit of river around Harlow be as well presented as loved sections like Parndon Mill (below)? 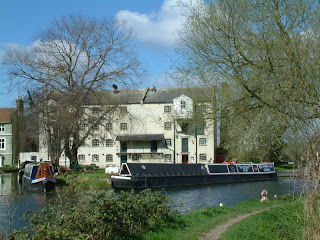